The Winchester Model 70 in Vietnam.

The Winchester Model 70 Hit the Mark in the Vietnam War

In 1961, President John F. Kennedy drew a clear line in the sand in his inaugural address. “Let every nation know, whether it wishes us well or ill, that we shall pay any price, bear any burden, meet any hardship, support any friend, oppose any foe to assure the survival and the success of liberty.”

One of the distant places where America’s commitment would come to be tested was in South Vietnam. April 30 marks the 41st anniversary of the fall of Saigon (since renamed Ho Chi Minh City) and the end of American military involvement in that country. While the causes and conduct of that war remain a subject of great debate, an interesting aspect of the conflict is the use of the Winchester Model 70 as a precision rifle by the US forces, especially by the US Marine Corps’ snipers. 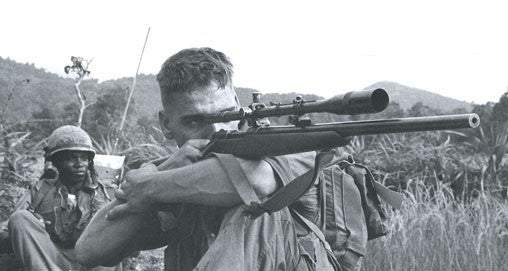 A USMC sniper uses his Unertl scope to search for enemy snipers in the Central Highlands of South Vietnam, circa 1967. NRA photo.

While the war in Vietnam ushered in a number of new technologies, particularly the widespread use of helicopters and night vision equipment, much of the equipment had been tried and tested on the battlefields of earlier wars.

Adopting the Winchester Model 70 as the ideal Marine sniper rifle was a concept that had been floated by the Corp’s tactical marksmanship experts as far back as the early 1940s. In turn, the Winchester factory had submitted a sniper prototype of the Model 70 fitted with a 10-round detachable box magazine to the US Army back in the early 1950s. Ultimately neither of these proposed rifles was ultimately adopted.

And thus, with regard to sniper rifles, most of the US military inventory in the mid-1960s consisted of well-worn Model 1903A4 Springfields and M1C and M1D Garands, all of which dated from WWII, or perhaps the Korean War.

It was the Marines who pressed the Winchester Model 70 into service as a sniper rifle in Vietnam. Lacking a suitable precision rifle for issue, the Corps quickly scoured its stateside arms rooms and soon a small quantity of Model 70 target rifles were in the field in South Vietnam, taking the fight to the enemy.

The most well known Marine sniper of the Vietnam war has become a modern legend.  A native of Little Rock, Arkansas, Gunnery Sergeant Carlos N. Hathcock II joined the Corps in 1959 at age 17. Hathcock was soon a member of the USMC rifle team, and in 1965 he won the Wimbledon Cup, a 1000-yard individual match fired at the National Matches in Camp Perry, Ohio. Interestingly, Hathcock won that prestigious trophy with a Winchester Model 70.

The following year Hathcock deployed to South Vietnam with the 1st Marine Division, where he was soon assigned sniper duties. His primary rifle was one of the Corps’ Winchester Model 70 target rifles, chambered in 30-06 and topped with an 8-power Unertl target scope in an externally adjustable mount.

Nicknamed “The White Feather” for the small plume he wore on his boonie cap, Hathcock’s incredible marksmanship skills soon struck fear in the hearts of the enemy, so much so that the Viet Cong reportedly placed a bounty of $30,000 on his head. The reward was never collected. 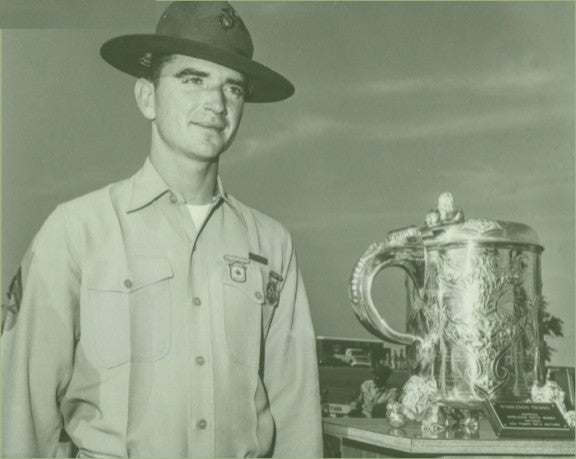 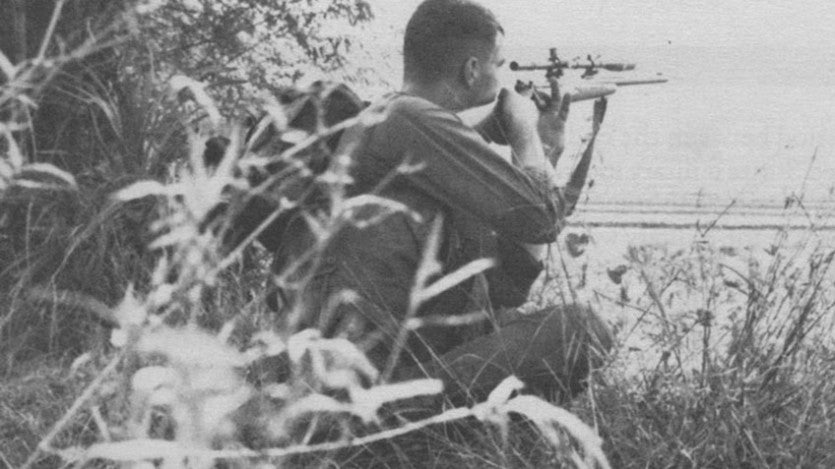 A USMC sniper engages a distant enemy with a Winchester Model 70 rifle from a tree line somewhere in South Vietnam, circa 1966. NRA photo. 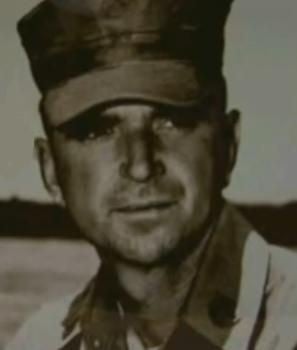 During his second combat tour in South Vietnam Hathcock braved a wall of flaming fuel to save seven fellow Marines from a burning AMTRAC, suffering severe burns himself during the rescue. Hathcock was awarded the Silver Star for his heroic action.

After his service in Vietnam, Hathcock helped establish the USMC’s Scout Sniper School at Quantico, Virginia, and he continued to pass along his hard-won knowledge to both military and law enforcement marksmen in the years that followed. Hathcock passed away in 1999 at the age of 57.

In an eloquent eulogy to Hathcock in The Washington Post, staff writer Stephen Hunter said it best. “In two tours in the 1960s, he wandered through the big bad bush in the Republic of South Vietnam, and with a rifle made by Winchester, a heart made by God and a discipline made by the Marine Corps, he stalked and killed 93 of his country’s enemies.”

We at Winchester Repeating Arms wish to take this opportunity to salute all those who have answered our nation’s call to serve.