Legendary. Here is an opportunity to own a unique part of the Winchester legacy. It was one of the first rifles to incorporate a non-detachable box magazine. This is the rifle Teddy Roosevelt took on his famous African safari, the one he called his "Big Medicine." This is the rifle that became the preference of major powers worldwide, with Russia alone purchasing nearly 300,000 1895s just before World War I. It has a scalloped receiver, two-piece lever, Schnabel forearm and straight grip stock. The barrel and receiver have been polished to give it a glossy, deep black/blue appearance. The walnut stock and forearm have been precisely fit and finely checkered.

The 405 Winchester. The Model 1895 was designed for the new generation of cartridges utilizing smokeless powder. Many of its original chamberings remain popular today. Of course, including the 405 Win. caliber. With its quick handling characteristics, box magazine and pointed bullet capability, the Model 1895 changed the world of sporting rifles forever. Today's Winchester Model 1895 has every bit and more of the integrity, reliability, and accuracy that legends are made of. 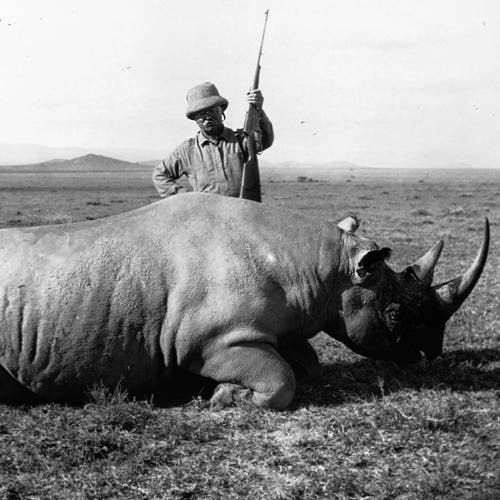 Roosevelt's "Big Medicine." A rifle like no other, ever. The Model 1895 accompanied him to Africa on one of the most significant naturalist/hunter expeditions in history.