When and why did production of Winchester's historic designs move to Japan?

For well over 100 years the production of Winchester rifles and shotguns was associated with the famed, original factory in New Haven, Connecticut. It is true that Winchester was associated with the "Made in America" concept for a very long time. In the late 1980s Winchester Repeating Arms -- then often referred to as U.S. Repeating Arms or Winchester Rifles and Shotguns -- was sold to new owners and become part of a greater group of brands under the Herstal Group umbrella. The Herstal Group and it's legendary FN factories soon became an option for the future production of Winchester firearms.

With changing world conditions for manufacturers, this would prove to be a very fortuitous development. 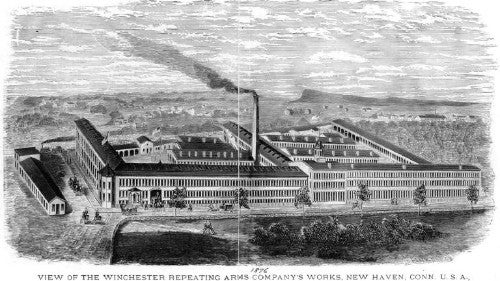 Worldwide production did not happen overnight, but during the next decade world-wide production of some Winchesters began. This included some production in Belgium at FN factories. One example is the proven performer, the original Super X2 and today's Super X3. A series of over and under shotguns followed, known today as the Winchester 101 (named after the original and well-like 101 of the 1960s). An often overlooked bit of history is that the original 101 was iimported from a factory in Japan in the 1960s and '70s before Winchester Repeating Arms was part of the Herstal Group.

The Herstal Group (FN) and Miroku in Japan.

Since the 1960s, Herstal Group companies had a close association with the Miroku firearms company in Kochi, Japan. They produced and continue to produce some of the most popular and highly regarded over and unders and bolt actions in the hunting and shooting industry for the group -- both in the U.S. and in Europe -- and had dabbled in special edition products based on original Winchester designs such as the 1895, 1886, 1892, and 1885 Single Shot, among others. With the inclusion of Winchester into the Herstal Group it was now possible to utilize the Miroku factory to produce these same Winchester designs under the appropriate, historic brand: Winchester.

At this point the most interesting question becomes, why were these rifles (and shotguns) not made at the historic New Haven factory? At the time Winchester became a part of the Herstal Group Winchester Repeating Arms (actually called U.S. Repeating Arms) production had ceased on all of the historic designs for over half a century, with the exception of the Model 94. In 1994 the old Winchester factory was in extreme disrepair and U.S. Repeating Arms had just built a new factory adjacent to the old Winchester building. This new building would be dedicated to the production of several key firearms that were extremely popular at the time: the Model 70, Model 1300, Model 94, and Model 9422.

The entire factory was occupied with production of these products with no excess capacity available and without any additional tooling in place. It would have been nearly an impossible feat to retool for any of the old, out-of-production products. Much less to manufacture or source all parts needed and to build all new assembly lines for each model in the already over-crowded factory.

The obvious solution was to take advantage of the existing expertise and experience found at the Miroku factory. Taking a Winchester product overseas for production is not a decision made lightly. Given the situation, the timing was perfect. The idea of Winchester sourcing products overseas was not without precedent. The Winchester company of the 1960s had experience with building the Model 101 in Japan. The 101 was a fine over and under and was well accepted by gun writers and the in the marketplace.

At this point, the decision was made and the plan came together naturally.

But production continued on all the historic rifles that were being produced in Japan. This not only kept the legend alive, but the quality of the Miroku made rifles was considered exceptional and in some cases higher than the quality of any production grade Winchester rifles made in the early 1900s.

Some worried that the Model 1894 (often called just the Model 94) was gone forever. Fortunately, this was not so. With expertise in producing two similar John Browning designs -- the Model 1886 and the Model 1892 -- the factory was able to tool  up and begin production of the new Model 94 in 2010.

That was not the end of the revival of historic Winchesters. In 2013, the legendary model 1873 began production at the Miroku factory to much industry fanfare. Over the years a few other brands had tried their hand at the design, but now the "Winchester '73" was back. 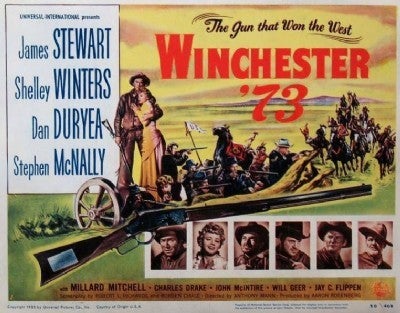 Some of the greatest firearms designs in history became Winchesters because a young genius living on the American frontier was willing to look for the best place to produce his designs. His name was John Browning, the designer of the Winchester 1885 Single Shot, 1886, 1892, 1894, 1895 and others which became part of the Winchester legacy. His many designs were made not only by Winchester, but by Fabrique Nationale in Belgium, Colt, Remington and others. He simply went to the best place to produce each design. We continue today with our own open minded approach to producing the best firearms designs by seeking out the best factories, wherever they are in the world.

Timeline of recent Winchester rifles and shotguns produced at the Japan factory.  1993

On January 17 of 2006, U.S. Repeating Arms Company announced it would be shutting down the factory located in New Haven, Connecticut. Production of Model 70, 9422 and Model 94 rifles, along with Model 1300 shotguns ends.

Reintroduction of the Winchester Model 73,:  The Gun That Won The West. It was not thought that this legendary rifle would ever bear the Winchester inscription again. With the help of the Winchester Repeating Arms R&D team, many devoted employees at the Morgan, Utah office and with the skills of the team at Miroku, Japan, the dream became reality.

Winchester Repeating Arms continues to add new models and variations of  the entire historic line of Winchesters. Perhaps more revivals will follow. You will have to wait and see.