The American Tradition of competitive shooting. Organized competitive shooting has a long and distinguished history in the United States. Among the first groups to be formed was the National Rifle Association in 1871, created by several former Union Army generals to improve the marksmanship of citizen soldiers.

Two years later the NRA opened a new rifle range on Creed’s Farm on Long Island. Called Creedmoor, it became the site of the organization’s annual long-range rifle matches, and the venue for many international challenge matches. Winchester rifles like the Model 1885 Single Shot proved to be regular winners in the long-range matches of that era.

President Theodore Roosevelt was instrumental in the creation of the National Board for the Promotion of Rifle Practice in 1903. This act chartered the annual National Matches, and since 1907 they have been held at Camp Perry, Ohio. Today they attract many thousands of civilian and military shooters every summer.

Coming Home. As millions of American servicemen returned from Europe after WWI, the interest in recreational and competitive rifle shooting boomed. The Winchester Model 52 bolt-action was designed as a top-quality smallbore target rifle and it soon became the benchmark against which all other rifles were measured. Constantly refined and improved, the Model 52 was produced under the Winchester until 1980.

In 1923 a handsome bronze statuette of “The Plainsman” was donated by Winchester Repeating Arms to the NRA. A list of past winners of this award reads like a who’s who of world-class marksmen and includes numerous U.S. Olympians including Walter Walsh, Art Jackson, Tommy Pool, Gary Anderson, Lones Wigger, Jack Writer, Lanny Bassham, Edward Etzel, Bob Foth, Jean Foster and Jamie Beyerle Gray.

A milestone for highpower riflemen came in 1935 when Ben Comfort of Saint Louis, Missouri, won the 1000 yard Wimbledon Cup at Camp Perry, Ohio. Comfort used a custom rifle fitted with a Winchester barrel, a Winchester 5-power scope and off-the-shelf Winchester-Western 300 H&H Magnum ammunition; a combo that netted him a clean score of 100-14V. The following year the winner, and 9 of the top 10 long-range shooters were using the 300 H&H, and the “magnum rifle cartridge” craze began to sweep into the American shooting culture. 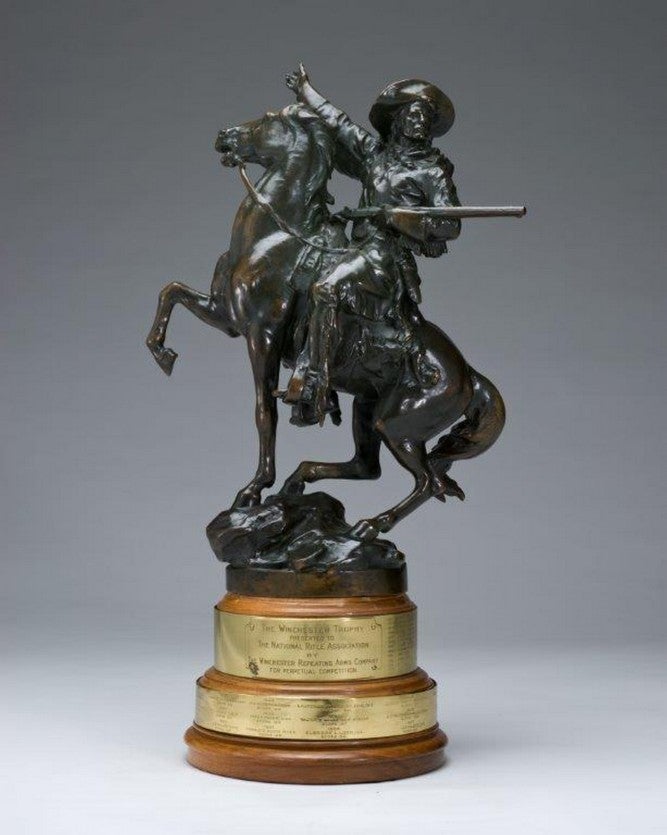 The Plainsmen. It is inscribed with the names of some of the best shooters in history.

Glass to clay. Competitive shotgun shooting also evolved over time, moving away from live birds released from wire or wood traps upon the shooter’s command (hence the term trapshooting) to shooting at inanimate objects like glass balls or dished clay targets. In turn, various groups have served as the official sanctioning bodies for trap, skeet and sporting clays. By the mid-1920s the Grand American trapshoot had moved to its home grounds in Vandalia, Ohio, where it remained until 2005. Now located in Sparta, Illinois, the Grand attracts thousands of trapshooters each year.

Winchester shotguns and ammunition have always been popular with the clay target crowd. The Model 1897 and the Model 12 both proved enduringly popular in the pump firearm category. The Model 37 and Model 20 single shots introduced hundreds of thousands of new shooters to the clay target games. Winchester’s premium side-by-side was the Model 21, introduced in 1931 and considered by many to be America’s premier side-by-side. The Model 101 over and under was first introduced in the early 1960s. Autoloading fans fondly recall the smooth swing, fast cycling and utter reliability of the Super X1, qualities that were passed on to the Super X2 and live on in today’s Super X3. 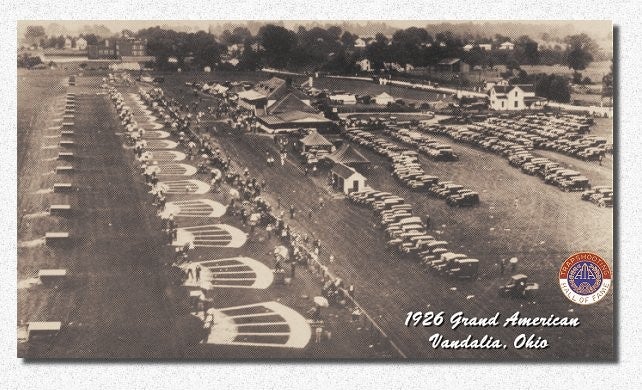 The Grand American has long been the biggest event in amateur trap shooting and continues today as the main event of the year for most competitive trap shooters.

Olympian Kim Rhode. No history of American shotgunning would be complete without mentioning both Winchester’s AA shotshells and Olympian Kim Rhode. At age 17 Rhode won her first gold medal in women’s double trap at the 1996 Olympics in Atlanta, Georgia, making her the youngest women’s champion in Olympic shooting history. Rhode went on to win individual shooting medals in each of the next four Olympic Games, the only American athlete in Olympic history to do so. Rhode currently has her sights set on winning an unprecedented sixth individual medal at the 2016 Olympics in Rio de Janeiro, Brazil. And fittingly Winchester has been the exclusive shotshell sponsor and supplier to the USA Shooting Shotgun Team since 1999. 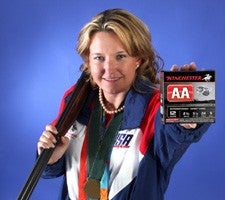 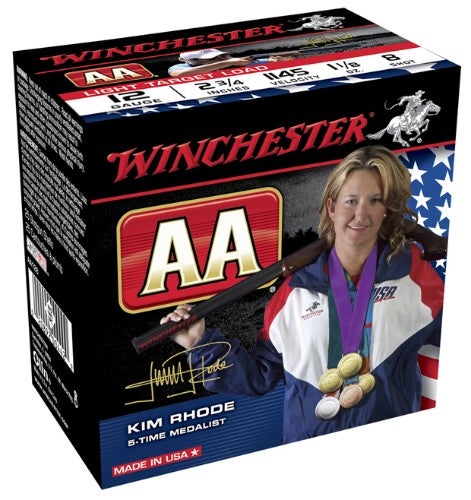