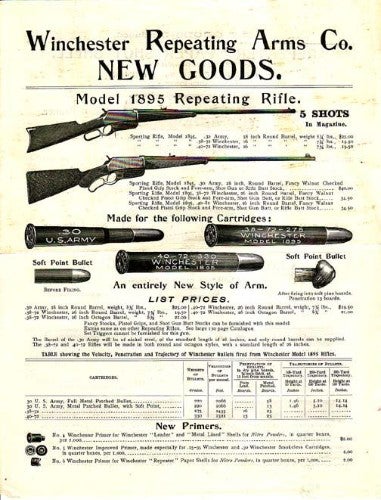 Few Winchester rifles had such a strong, dual sporting and military popularity. This was also the rifle Theodore Roosevelt called his "Big Medicine." It accompanied him and his son Kermit, on their legendary African Safari.