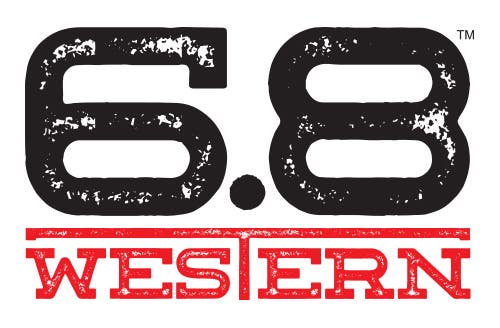 Why choose the 6.8 Western? The 6.8 Western offers "impressive long-range accuracy, low recoil and staggering knockdown power when you need it for both long-range shooting and hunting." That's a lot to promise from any caliber, but with bullets approaching 30 caliber weights of 165 gr and up with higher ballistic coefficients (BC) being offered, the 6.8 Western is engineered to deliver magnum performance with milder recoil than their long-action counterparts.

The foundation of the 6.8 Western is a modified 270 Winchester Short Magnum case that is shortened to make room for new longer, heavier, high BC bullets. With .277 caliber bullets historically in the 130-150 grain range, Winchester worked with Sierra® and Nosler® to develop heavier bullet offerings for the 6.8 Western (up to 175 gr.) that offer shooters increased penetration compared to existing .277 caliber and 6.5mm bullets.

The Winchester® 6.8 Western cartridge is now available for Model 70 and XPR rifles. If you're a big game hunter, long-range shooting enthusiast or both, now you have a new, exciting chambering to select for your next bolt-action rifle — 6.8 Western. A collaborative effort between Winchester® and Browning®, two storied outdoor brands, has successfully resulted in this new offering that is currently chambered in nine Model 70 and 14 XPR models. Both rifles are well known for their reliability and inherent accuracy and will bring out the full potential of the new 6.8 Western cartridges.

Short-action Winchester rifles are perfect for the 6.8 Western. The revered Model 70 is a legendary performer that features the reliable controlled round feed action with claw extractor, M.O.A Trigger and a precision barrel that is hammer forged. The XPR also features the M.O.A. Trigger, a through-hardened steel receiver and chromoly steel barrel that is button rifled and thermally stress relieved to optimize accuracy.

* At the time of introduction, Winchester bolt-action rifle barrels will feature a 1 in 8" twist. Check the twist rate inscription on every rifle you purchase to confirm it has the rate best for what you intend to shoot.

The 6.8 Western cartridge is specifically designed to handle long, high BC bullets.

How Does it Stack Up to Other Big Game Cartridges? 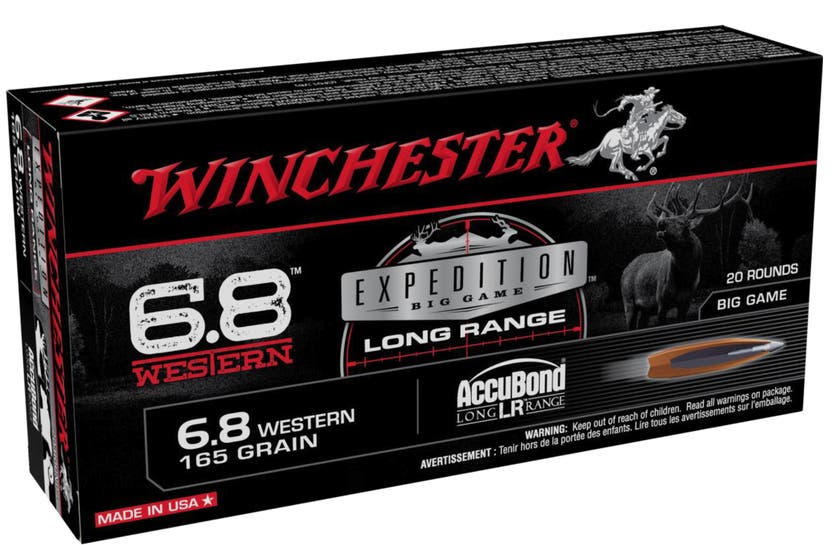 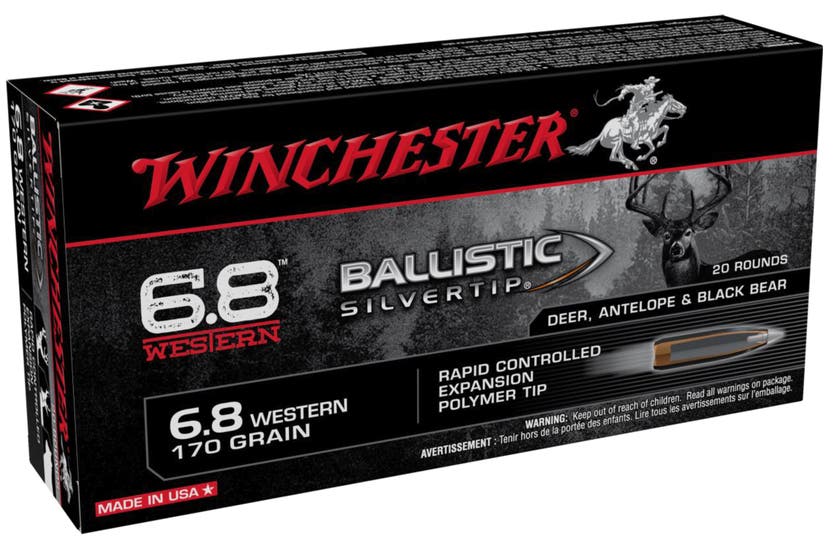 XPR AND M70 RIFLES CHAMBERED FOR THE 6.8 WESTERN.