The Centennial Model 1873 from Buffalo Bill Center of the West 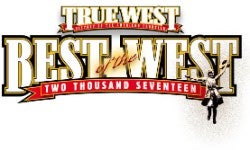 What began in 1917 as a quest to preserve the legacy and legend of Col. William F. Cody - known throughout the world as "Buffalo Bill," is now, one hundred years later, the leading institution for the preservation of the American West, its culture, its meaning, and its ideals. The then-named "Buffalo Bill Historical Center" had its start in one small building in Cody, Wyoming. It now encompasses five museums housing more than 50,000 artifacts and a research library with countless books, manuscripts, and photographs. Today, the BUFFALO BILL CENTER OF THE WEST is dedicated to the goal to preserve this priceless collection and promote "the Spirit of the American West."

To celebrate its first century of excellence, the Buffalo Bill Center of the West is proud to partner with Navy Arms and Winchester Firearms to re-create the famed Winchester "Centennial Model" 1873 lever-action rifle. MORE INFORMATION.

Copyright 2017 Buffalo Bill Center of the West. Used with permission.