For those of us who have fallen in love with wetlands and waterfowl, duck calls and retrievers, decoys and shotguns, Ducks Unlimited has created a new film series that captures the essence of what it means to be a waterfowler.

The groundbreaking DU Film Series has other episodes available for viewing, all with extraordinary production quality, writing and stories. Don't miss them. 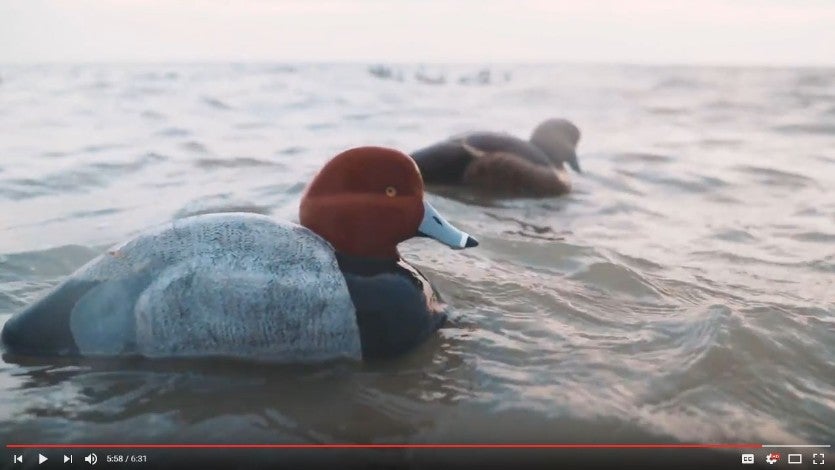 Winchester Repeating Arms and Winchester Ammunition are long time supporters of the Ducks Unlimited mission. We believe in their conservation ideals. And we do our best to support the equipment needs of the men and women who support waterfowl conservation and enjoy the lifestyle that embodies waterfowl hunting. This DU Film Series is an extraordinary undertaking that creates a body of film work that is entertaining and will persist as a testament to the great work being done by DU volunteers all across North America. 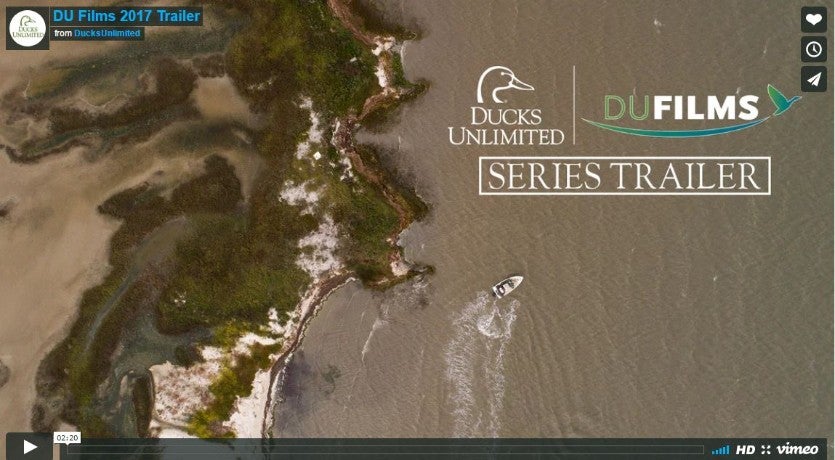 About Ducks Unlimited Films from DU.org.

Waterfowl hunting is much more than a sport. It's an experience. For those of us who have fallen in love with wetlands and waterfowl, duck calls and retrievers, decoys and shotguns, Ducks Unlimited has created a new film series that captures the essence of what it means to be a waterfowler.

This narrative film series explores the lives and stories of duck hunters across the country. We find out why they became hunters, what drives their passion, how they are passing on the traditions, and why they are giving back to the resource. Going beyond the confines and formulas of traditional duck hunting shows, DU Films presents the beauty and passion of waterfowling in new and unexpected ways.

Advances in digital cinematography allow us to capture breathtaking waterfowl action like never before. Flocks of ducks with wings set, feet down, dropping in to the decoys, have never looked better. Remote cameras catch the action from unique perspectives. And with state-of-the-art editing and evocative storytelling, viewers will find themselves immersed in unforgettable waterfowl experiences.

At the heart of this series is a drive to conserve the habitats that make it all possible. From the prairie breeding grounds in the north to coastal wintering grounds in the south and countless areas in between, DU's conservation mission is an integral part of the waterfowling world.

Produced in partnership with Rock Road Creative and airing exclusively on the Ducks Unlimited website, DU Films is available in high-quality video format to anyone with internet access, anywhere in the world.

More on "Body-booting" and decoy carving on the Chesapeake Bay

The Jobes, who are Chesapeake Bay watermen, professional decoy carvers and longtime supporters of Ducks Unlimited, practice a unique style of hunting they call “body-booting.” The hunters don survival suits and stand chest deep amid large spreads of handmade decoys on the Susquehanna Flats.

“We have such a unique way of hunting that people don’t even know about,” said Andrew Jobes. “People are just blown away by the way and the style and all the work we put in to body-booting. If I’m not body-booting it’s kind of hard to get me to go hunting. Anybody can shoot geese in a field, but body-booting, standing in the water doing what we do, it’s unique.”

Family patriarch Captain Harry Jobes has been carving working decoys since he was nine years old. He passed the tradition on to his sons, Bob, Charles and Joey, who are all talented decoy carvers and painters. They, in turn, are passing the tradition on to younger generations.

“To make a gunning decoy, people don’t realize how long it takes,” said Charles Jobes. “They think you can make a decoy like you make a doughnut, and it doesn’t happen that way. It takes so much time.”

“My father taught us: ‘move your hands and you’ll get something done,’” said Joey Jobes.

“The main thing that my Dad taught us was to work hard,” said Charles’ son Andrew. “I think the most important thing is to learn as much as I can from the people above me, so that as the next generation comes I can do the same for them.”

DU Films is a unique online film series from Ducks Unlimited, the world leader in wetlands and waterfowl conservation. Each film features thrilling hunting footage but also tells a story about waterfowl hunters who are passionate about hunting and giving back to the resource. DU Films presents all of this through breathtaking waterfowl footage and intimate conversations with hunters across North America.

The 2017 season includes six films. DU will release one film per month this spring and summer.

Ducks Unlimited Inc. is the world's largest nonprofit organization dedicated to conserving North America's continually disappearing waterfowl habitats. Established in 1937, Ducks Unlimited has conserved more than 13.8 million acres thanks to contributions from more than a million supporters across the continent. Guided by science and dedicated to program efficiency, DU works toward the vision of wetlands sufficient to fill the skies with waterfowl today, tomorrow and forever. For more information on our work, visit www.ducks.org.