Honoring US Presidents is something we do during the month of February in the United States. And here at Winchester Repeating Arms, we take a special moment to consider the US Presidents who used, loved and sometimes promoted the Winchester rifles and shotguns they loved so much. In this brief article, we review a few of these notable Presidents through history and highlight some of the special guns connected to them. 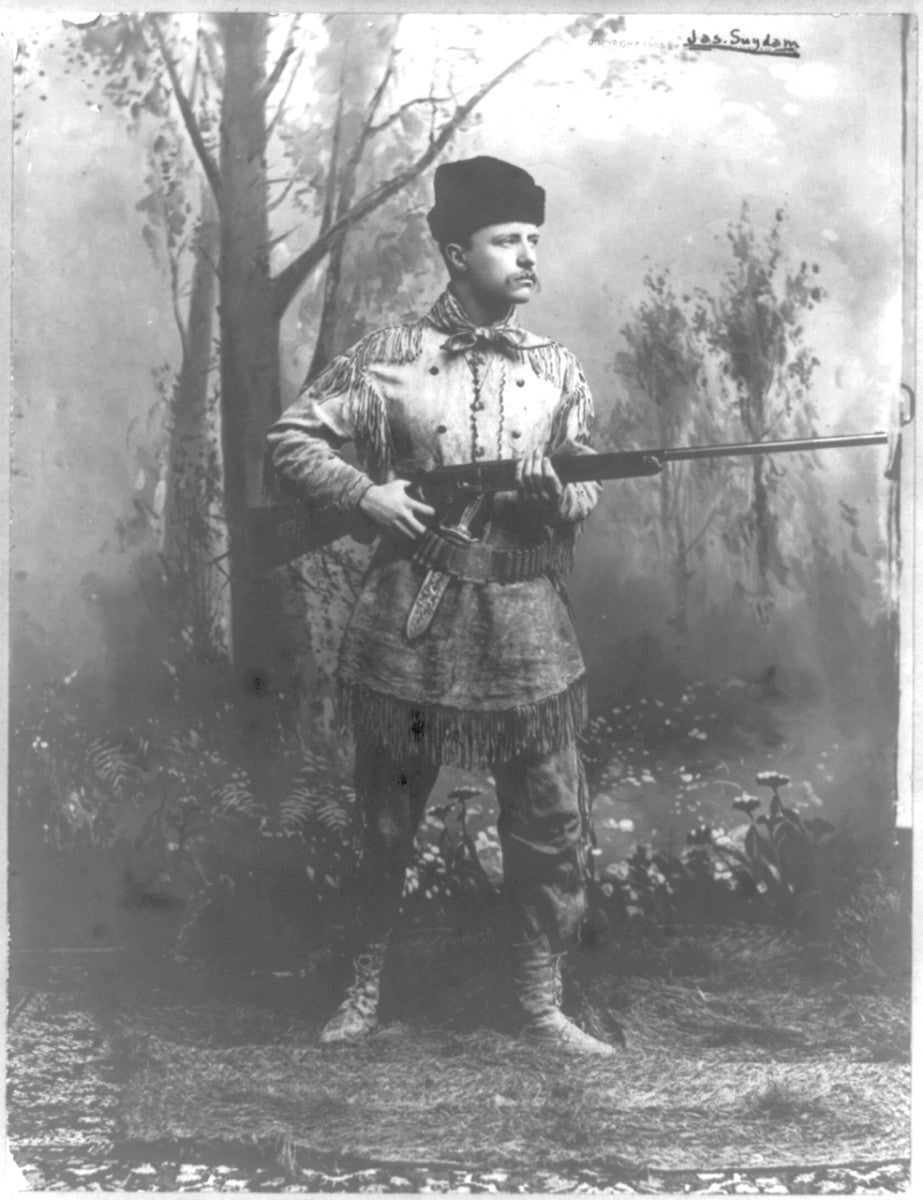 “Personally, I have always preferred the Winchester. I now use a 45-90, with my old Buffalo gun, a 40-90 Sharps’ as spare rifle. Both, of course, have specifically tested barrels, and are stocked and sighted to suit myself.” – Theodore Roosevelt, Hunting Trips of a Ranchman

This special rifle was on display at the Winchester booth at the 2016 SHOT Show as part of the 150th celebration of the founding of Winchester.

The Kennedy Model 70 rifle was on display at the 2016 SHOT Show in the Winchester Repeating Arms booth. This Model 70 was made for President John F. Kennedy. Kennedy was an avid shooter and NRA Life Member. Unfortunately, this firearm was in the custom shop when he was assassinated. 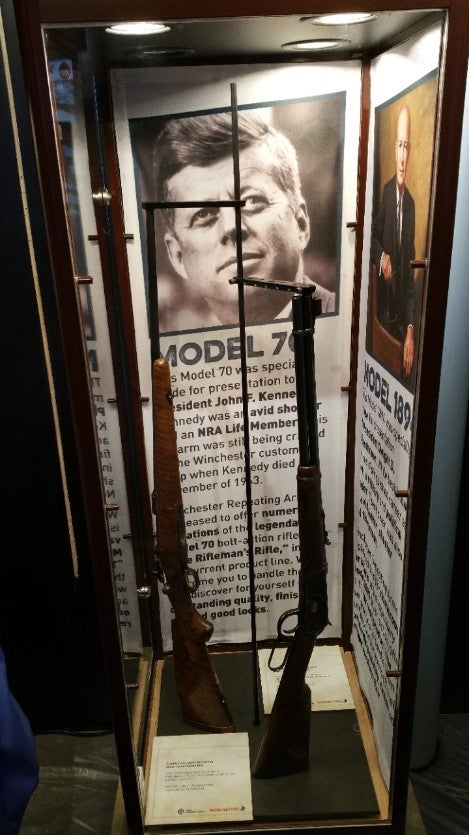 In this video, Ashley Hlebinsky, curator of the Cody Firearms Museum details several historic guns including the Kennedy Model 70 and the Eisenhower Model 1894.

Although President Abraham Lincoln was familiar with firearms and acutely involved in the firearms available at the time of the American Civil War, there was still a great deal of competition for his and the military's attention when it came to new firearms developments. During the war, Oliver Winchester, as president of the Henry company, makers of the Henry rifle, commissioned a special rifle for President Lincoln himself.

This gold mounted, engraved Henry rifle was presented to Abraham Lincoln in an effort to seek his influence in their purchase for the war effort. This is an extraordinary rifle and one of the most prized displays of the Smithsonian Museum firearms collection. This rifle was awarded the National Rifle Association Collectors Society Gold Medal as an outstanding historical firearm.

About 1,700 of these rifles were purchased by the U.S. government during the Civil War. Many more were purchased by individual soldiers who were convinced it offered a significant personal advantage to them in battle.

In a write-up from the Smithsonian they offer these extra details: "The Henry, the first practical, lever action, repeating rifle, is the immediate forerunner of the famous Winchester rifles. About 14,000 were made between 1860 and 1866 by the New Haven Arms Company. Only about 1,731 Henry rifles were purchased by the Ordnance Department between 1862 and 1865. A number of units in the West purchased them at their own expense. It was especially popular in the border states of Kentucky, Illinois, Missouri and Indiana. The 1st Maine and 1st District of Columbia cavalry regiments are known to have been issued Henry rifles."