One of the most historic sites in the world of shooting is nestled upon 640 oak- and hickory-filled acres just outside Alton, Ill. The land was once the personal paradise of one of North America’s conservation pioneers, John M. Olin of Winchester-Olin fame.

Named for Mr. Olin (“Nilo” is Olin backwards), Nilo Farms was established in 1952 as one of America’s first game preserves. For decades, it has maintained a commitment to the development and demonstration of hunting preserve and game management techniques. Nilo has contributed a wealth of new information to the hunting and game preserve community. Many of the land management, farm crop selection and rotation and plant cover design techniques developed on the property’s 640 acres are now standard in the management of waterfowl and upland game bird preserves. 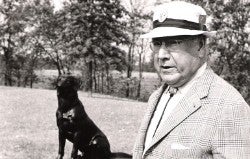 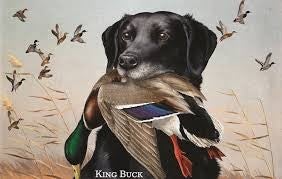 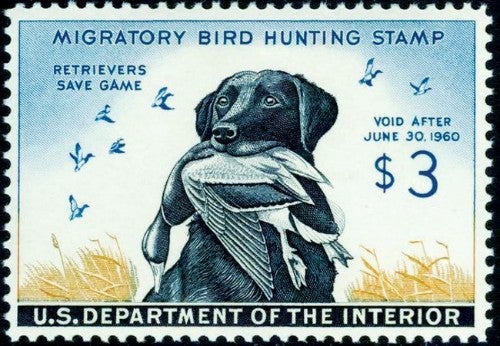 Even amidst the hustle of today, time seems to stand still at Nilo Farms with its nod toward the location’s rich sporting heritage. To truly appreciate it, you have to visit the historic shooting grounds yourself. Fortunately, you can.

Nilo Farms is open to the public nearly year round, and reservations can be made by visiting NiloFarms.com. Hunting seasons at Nilo generally run from the beginning of October through the end of March, but summer offers an excellent chance to tour the property and its famed clubhouse, as well as get in some sporting clays, trap, skeet or 5-stand. Need to improve upon your shotgun skills? Nilo also offers world-class shooting instruction from certified NSCA Level II instructors.

If traveling through the Midwest this summer or even later in the year, be sure you make Nilo Farms one of the places you visit. It’s both a must-see and a must-shoot.

The official story of King Buck.

King Buck. His name prophesized his triumph as a retriever. He was even more remarkable given his extremely poor health as a puppy.

For the name "King" was bestowed, ironically, not when Buck became a champion, but rather when he was near death with distemper. The name was a hopeful wish he would recover.

Once he did, Buck's unusual instinct for retrieving caught the eye of John Olin, developer of the Super-X Shotshell and founder of Nilo Farms and Nilo Kennels. Olin was dedicated to the sport of duck hunting, and was always on the lookout for a good retriever.

And Buck was better than good. He obeyed superbly, responded quickly to commands and made direct perfect retrieves.

He even had an uncanny insight into competition, as his trainer "Cotton" Pershall described:

He seemed to have some power of knowing when the competition was really rough, and he always came through. He wasn't a big Lab, but he had great style. He just went steadily ahead with his job, series after series.

That steady performance won King Buck the title of the nation's finest field trial retriever in 1953 and 1954.

He went on to also become, as John Olin described years later, "one of the finest wild duck retrievers I have ever seen. In spite of his intense field trial training, he loved natural hunting. He used his head in the wild, just as in trials. From his first wild duck shoot, he was beautiful to watch." 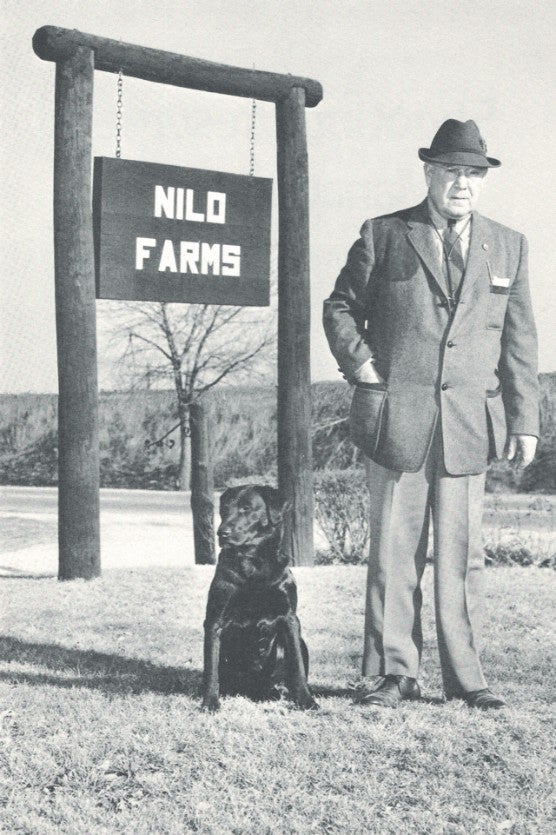 During his years with Nilo Kennels, King Buck finished 83 national series out of a possible 85. To this day, no other retriever has ever completed more than 62 successive national series.

His royal name was given its due when, in 1959, it was decided that the Federal duck stamp for that year should commemorate the work of retrievers and their contribution to waterfowl conservation.

And so, for that occasion, the single time that the Migratory Waterfowl Stamp has ever been other than a duck, Maynard Reece painted a portrait of perhaps the greatest duck dog of them all: King Buck. Winchester is proud to be part of this heritage.

The above historical articles are copyright Winchester 2016. Read the original versions on the winchester.com website, as well as a complete history of Winchester, including NILO FARMS, the NILO FARMS short films and much more. All celebrating the 150th Anniversary of the legendary Winchester brand.