In the June 2015 issue of the NRA American Rifleman magazine, veteran gunwriters Luke Mercaldo and Anthony Vanderlinden explored the rich history of Winchester lever-action rifles that have been used by numerous armies around the world since the brand’s founding in 1866, nearly 150 years ago.

It’s interesting to note from the outset that, for a modern industrial nation that held dear the ideal of “Yankee ingenuity” the U.S. Military establishment was quite slow to adopt any sort of repeating firearm for general issue. Many traditionalists in the U.S. Military assumed that giving a repeating rifle to the average foot soldier would result in nothing more than plenty of wasted ammunition. Conversely, numerous other nations found the idea of issuing a simple, light, reliable repeating rifle capable of rapid fire to every soldier absolutely irresistible.

The Winchester Model 1866, often called the “Yellowboy” because of its distinctive brass receiver was a refinement of the earlier Henry toggle-linkage action, but included several important improvements developed by Nelson King, the Winchester factory manager. These improvements included a closed magazine tube, a right side loading gate and a wooden forearm. Several nations, including the Ottoman Empire and France made official or unofficial purchases of the Model 1866 for military purposes.

“The Ottomans purchased 45,000 muskets and 5,000 carbines in 1870 and 1871,” wrote Mercaldo and Vanderlinden. “…During the Siege of Plevna (1877)…The Russian army suffered tremendous losses when it attacked the Ottomans, in part due to the use of the Winchester rifles.”

“The Russian army suffered tremendous losses when it attacked the Ottomans, in part due to the use of the Winchester rifles.”

In the 1880s the innovative genius of John M. Browning contributed to the success of Winchester Repeating Arms in the military marketplace. While the strength of the earlier Model 1866 and 1873 toggle-link design generally limited them to pistol-class cartridges, Browning’s robust design for the Model 1886 was able to handle the hefty recoil of the standard military cartridges of the period, including the potent U.S. 45-70 Government.

One interesting military story regarding the Model 1886 comes from WWI. “The first wartime purchase, by the Royal Flying Corps, was for fewer that 50 Model 1886 Winchesters chambered in 50-90 Win.,” report Mercaldo and Vanderlinden. “Special cartridges were developed with incendiary bullets designed to ignite the hydrogen gas in German airships and balloons.”

“Special cartridges were developed with incendiary bullets designed to ignite the hydrogen gas in German airships and balloons.”

As the then-new smokeless powder began to replace traditional black powder, both on the battlefield and in the deer woods, Winchester Repeating Arms developed several lever-action designs to fully exploit the potential of the new propellant. These included the classic Model 1892, the legendary Model 1894 and the innovative Model 1895 which used an internal box magazine capable of handling modern pointed bullets with either a full or partial metal jacket.

Both the Model 1894 and Model 1895 saw action in numerous conflicts around the globe. The U.S. Military, looking to supplement their (mostly obsolete) small arms supply during the Spanish-American War ordered some 10,000 Model 1895 muskets chambered for the then- standard 30-40 Krag cartridge, but the delivery was not completed until after the unusually brief conflict had run its course.

France ordered more than 15,000 Model 1894 carbines to arm their rear-echelon and support troops during WWI. This variation of America’s all-time favorite deer rifle would be widely used by French motorcycle couriers, artillery crews and observer balloonists, among others.

The largest military user of lever-action Winchesters during the WWI era was Imperial Russia under Czar Nicholas II. In the opening days of WWI more than 300,000 muskets chambered in that nation’s standard 7.62x54R cartridge, complete with a bayonet lug and stripper clip guide would arm the Czar’s troops throughout the far-flung Russian empire. 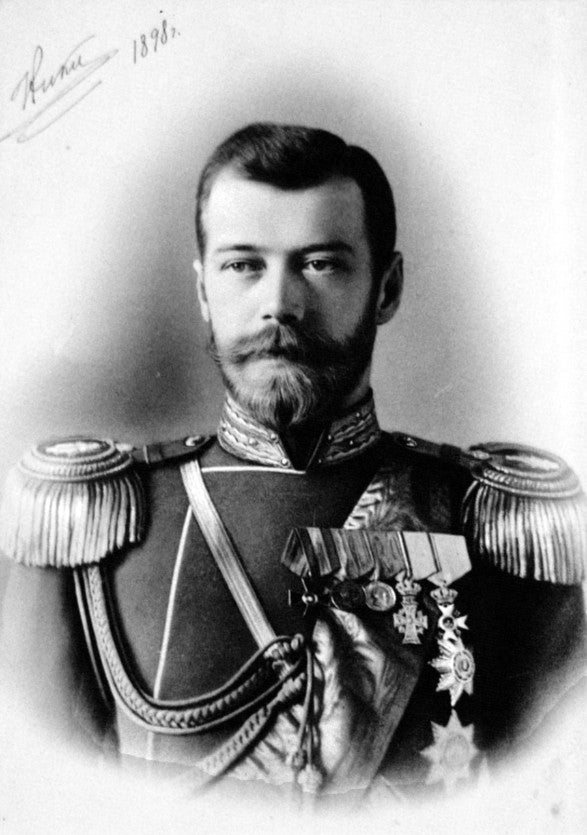 “The rifle had to accept the standard Russian Mosin-Nagant stripper clip and the rear sight was graduated in Russian arshins,” note Mercaldo and Vanderlinden. “Those features made the Model 1895 the equal of any rifle on the battlefield.” The surviving Model 1895 muskets went into storage after the Russian Civil War. (Note: The arshin was an ancient Russian unit of measurement roughly equal to 2-1/3 yards, or about 71 centimeters.)

“Those features made the Model 1895 the equal of any rifle on the battlefield.”

As with so many military small arms, another interesting chapter begins anew after they are declared surplus or “sold out of service.” In 1936 nearly 20,000 of the surplus Russian Model 1895 muskets were sold by Soviet dictator Joseph Stalin to arm various factions in the Spanish Civil War. Interestingly, Stalin, arguably the world’s foremost communist of the period showed a strong affinity for “hard money” by insisting that the Soviet Union be paid in gold for arms supplied to the warring Spaniards.

“The lever-action proved itself a worthy combat rifle from its first use in the American Civil War through World War I,” conclude Mercaldo and Vanderlinden. “In every instance the results were more than satisfactory.”

“The lever-action proved itself a worthy combat rifle from its first use in the American Civil War through World War I.”