Veteran print and TV journalist Ron Spomer was recognized for his exceptional lifelong achievements in outdoor communications with the Grits Gresham Award during the 2016 SHOT Show State of the Industry Dinner held on January 19 in Las Vegas, Nevada. The award is named after legendary outdoor writer and personality Grits Gresham and is jointly presented by the Professional Outdoor Media Association and the National Shooting Sports Foundation. 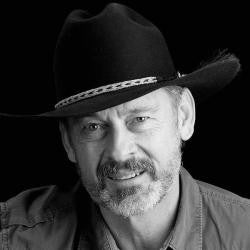 “…Mr. Spomer is a great example of someone who has spent his career upholding traditional American sports.”

"The whole POMA organization is excited to honor a journalist who has made such a vast contribution to the outdoor communications profession. Personally, I have been reading and watching Mr. Spomer's work for many years," said Kevin L. Orthman Executive Director of POMA in a prepared media release. "The Grits Gresham Award is one of the highest awards POMA gives out each year and Mr. Spomer is a great example of someone who has spent his career upholding traditional American sports."

With seven books, hundreds of outdoor articles, prize winning photography and television appearances on his resume, Spomer Outdoors has become a staple in outdoor media over the past 40 years. His work has appeared in titles like American Hunter, Rifle Magazine, Sporting Classics, Successful Hunter and Sports Afield to name a few.

Winchester Repeating Arms is pleased to sponsor “Winchester World of Whitetails” and joins with POMA and NSSF in offering our congratulations to Ron Spomer for this outstanding achievement.

“Winchester World of Whitetails” is broadcast on The Outdoor Channel. Please check your local cable provider’s listing for program dates and times in your area.

You can also see Ron Spomer’s special video preview of all the new 150th Anniversary Commemorative rifles and shotguns from Winchester Repeating Arms.