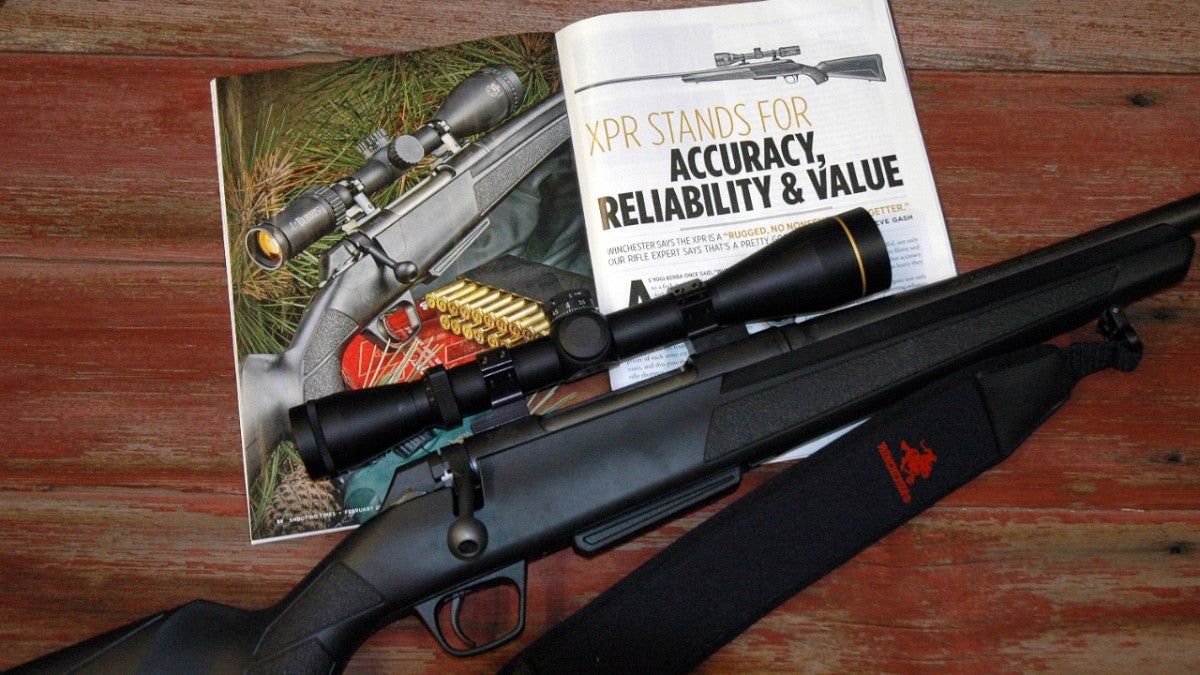 In a recent issue of Shooting Times, contributing editor Steve Gash put the XPR from Winchester Repeating Arms through its paces and found plenty to like about this attractively made and priced bolt-action game-getter. In fact, Gash calls it the “eXtra Perfect Rifle.”

“Some such low-cost rifles are downright dreadful, not only to look at but also to shoot,” revealed Gash. “The ghastly stocks are flimsy…and the triggers are so heavy they need a cheater extension. However, some of these budget–priced  guns not only look nice, but also embody new engineering enhancements that make them accurate and a pleasure to shoot….

“I don’t know what XPR stands for..., but after shooting one quite a lot, I suggest “’eXtra Perfect Rifle.”

“And there’s a new member, in the form of Winchester’s XPR,” continued Gash. “I don’t know what XPR stands for..., but after shooting one quite a lot, I suggest “’eXtra Perfect Rifle.’ The XPR shoots great and has a sophisticated, modern stock. The rifle’s looks belie its modest cost.”

Gash went through several of the XPR’s great features in detail, including the rigid synthetic stock with a cushy Inflex recoil pad, the M.O.A. three-lever adjustable trigger and the free-floating, button-rifled barrel with recessed target crown. In short, Gash was highly impressed with the suite of features found on the XPR. However, looks alone don’t predict downrange performance. That’s why an extensive live-fire test is so critical. 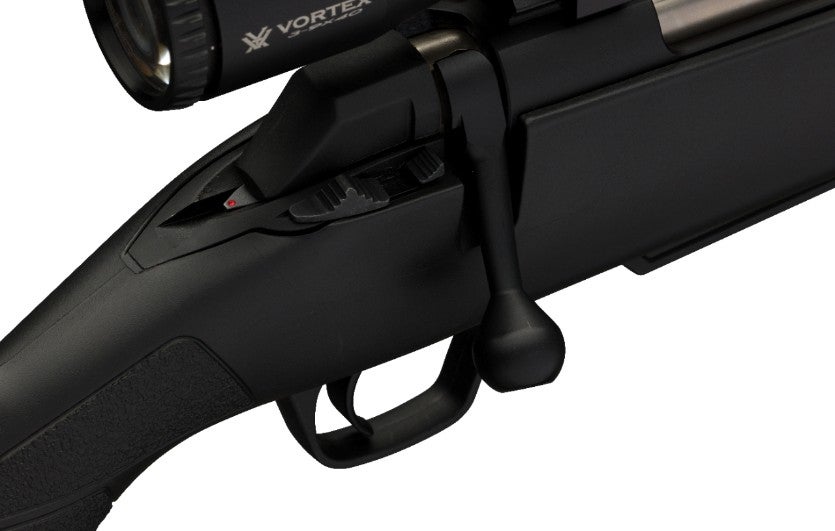 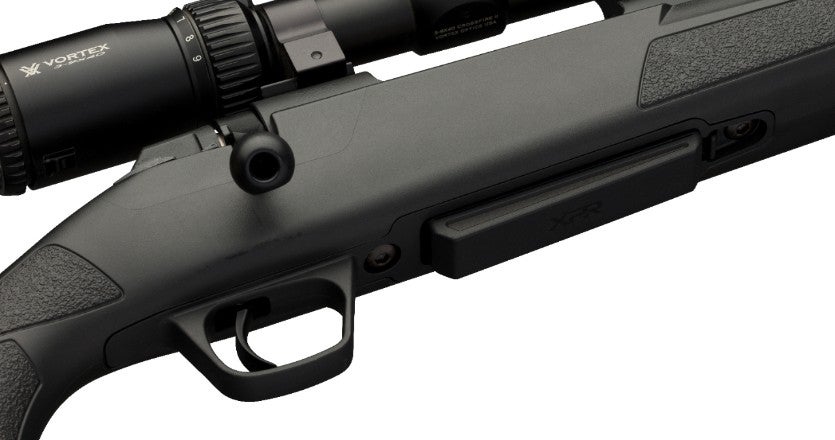 “…the Federal Premium Match load with the Sierra 190-grain MatchKing HPBT shot into one hole… The last four shots (measured) a measly 0.39 inch.”

“I fired handloads and seven .300 Win. Mag. factory loads through the XPR,” Gash confirmed. “The average of all seven factory loads… was 1.12 inches, and four averaged right a 1.00 inch. Not surprisingly, the Federal Premium Match load with the Sierra 190-grain MatchKing HPBT shot into one hole – well, almost. I ruined a spectacular group by hurrying. The last four shots went into one ragged hole measuring a measly 0.39 inch. ”

“It is rugged, attractive and handles well, and its accuracy and reliability were as good as rifles costing several times more.”

“Overall, the new Winchester XPR was a surprise in appearance and performance,” concluded Gash. “It is rugged, attractive and handles well, and its accuracy and reliability were as good as rifles costing several times more. I don’t care what ‘XPR’ actually stands for. As far as I’m concerned, it stands for accuracy, reliability and value. Maybe Winchester should rename it the ‘ARV,’”

You can catch all the details on the Winchester XPR at your local Winchester Repeating Arms dealer right now.

If you’d like to read the full article by Steve Gash in the February 2016 issue of Shooting Times, it’s available at your local newsstand or you can subscribe to Shooting Times online at www.shootingtimes.com

READ MORE ABOUT THE XPR BY READING THE FULL STORY IN SHOOTING TIMES MAGAZINE. GO HERE FOR SUBSCRIPTION INFORMATION.